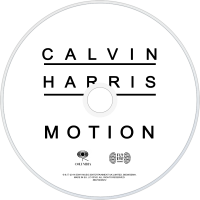 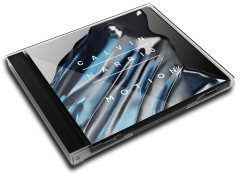 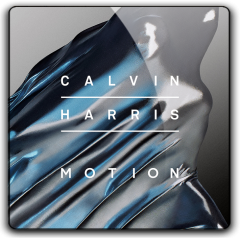 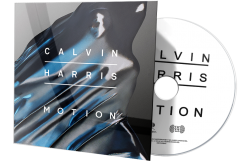 Motion is the fourth studio album by Scottish disc jockey and record producer Calvin Harris. It was released on 31 October 2014 through Columbia Records.
The first single from Motion debuted in autumn 2013; "Under Control" was released on 7 October 2013 and features Alesso and Hurts. The album campaign continued with UK number-one singles "Summer" and "Blame", released in March and September 2014 respectively.

On 5 October 2014, Harris announced more featured artists on the album: Gwen Stefani, Ellie Goulding, Ummet Ozcan, Big Sean, R3hab, Tinashé, Haim, Firebeatz, Hurts and All About She.
Harris released a collaborative track with Alesso titled "Under Control" on 7 October 2013. It features vocals from the English duo Hurts and was the first single from Motion. On 1 December 2013, the song peaked at number one in the UK.

On 14 March 2014, Harris' song "Summer" premiered on the UK's Capital FM. The track was released the same as the second single from his then forthcoming fourth studio album. It debuted at number one in the UK and Ireland, and became Harris' highest charting single on the Billboard Hot 100, peaking at number 7.

In June, Harris announced a new single titled "Blame" through Twitter and revealed the cover art. It features vocals from British singer John Newman. The song was released on 7 September 2014, becoming Harris' fifth number one single as a lead artist a week later. Blame reached the top-ten in 22 countries and also charted successfully on the Billboard Hot 100, peaking at number 21.

"Outside" was released as the fourth single from Motion on 20 October 2014; it features English singer Ellie Goulding. A music video was filmed on 20 October 2014 in Los Angeles. The song debuted on the Billboard Hot 100 at number 68.