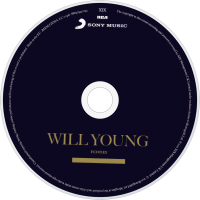 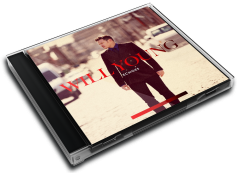 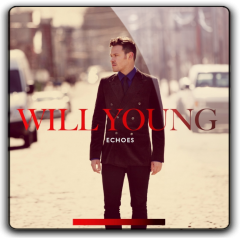 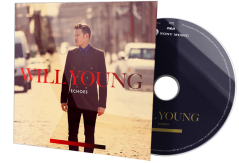 Considering the amount of TV talent show contestants ruthlessly chewed up and spat out by the industry within months of their record deal, it's quite a feat that the original Pop Idol, Will Young, is still here, almost ten years after rather awkwardly bopping along to "Blame It on the Boogie" in front of a then-unknown Simon Cowell. After begrudgingly toeing the party line with his easy listening debut album, Young has effortlessly continued to progress his sound and take more creative control with each release, to the point that it's now quite easy to forget his manufactured beginnings, and his fifth studio album, Echoes, is no exception. Inspired by the positive reaction toward his Bronski Beat-esque collaboration with Groove Armada ("History"), Young has recruited one half of the duo, Andy Cato, alongside Pascal Gabriel (Ladyhawke), Kish Mauve (Kylie), and Swedish duo the Sound of Arrows to co-write 13 highly personal tracks that largely eschew his trademark MOR blue-eyed soul in favor of an understated electro sound that perfectly fits his delicate and fragile vocals. Any fans concerned that he might be jumping on the ubiquitous dance-pop bandwagon should be reassured by the fact that Richard X's sparse and subtle production is certainly more at the chillout end of the Balearic market than the David Guetta-esque floor-filling one, as evident on the lead single, "Jealousy," a brooding tale of unrequited love set against a backdrop of warm gentle synths and electro beats; the atmospheric '80s-tinged "Runaway"; and the twinkling falsetto-led melancholy of closing number "Safe from Harm." Of course, this being a Will Young album, a heartfelt ballad is never more than a few electronic bleeps away, and while the schmaltzy "Lie Next to Me" could have been lifted from a Gareth Gates record, the dramatic Adele-esque piano-led "Outsider" is worthy of sitting alongside "Leave Right Now" and "All Time Love" in his canon of acoustic tearjerkers. Few would have predicted that the U.K.'s first Pop Idol would still be around a decade later, let alone making music as confident and self-assured as Echoes, which sounds like the album Young was born to make.