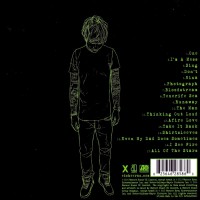 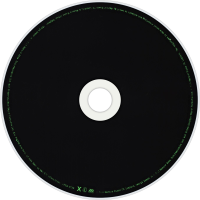 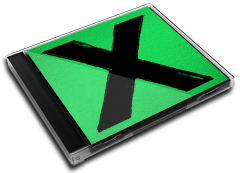 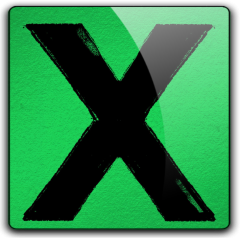 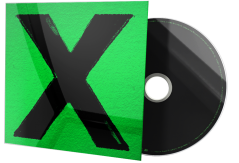 x (pronounced "multiply") is the second studio album by English singer-songwriter Ed Sheeran, released on 20 June 2014 in Australia and New Zealand, and worldwide on 23 June through Asylum Records and Atlantic Records. Its lead single, "Sing", was released as a digital download on 7 April 2014, becoming his first single in the UK to reach number 1. As soon as "+" was finished, Sheeran started work on his second studio album. Around the time his first album was released in 2011, the first songs for the second album were written, "One" being the album opener, and another which eventually became a bonus track. Sheeran wrote with Johnny McDaid from Snow Patrol in hotel rooms while supporting them on the North American leg of the band's Fallen Empires Tour in 2012. He also wrote with Irish singer/songwriter and frequent tourmate Foy Vance, penning multiple potential songs for the album. Sheeran decided against releasing his second album in 2012, deciding instead to follow in the footsteps of fellow British acts like Adele and One Direction who had "broken America". In Autumn 2013, Sheeran performed three sold out nights at Madison Square Garden, finishing two and a half years on tour to focus on recording his new album.

In a behind the scenes tour video, it was revealed that he was in the studio with producers Rick Rubin and Pharrell Williams, who were later confirmed in interviews to be contributing towards the album. The album was due for release on 17 February 2014, but Sheeran got "the opportunity to work with Rick Rubin for two months, which wasn't going to say no to", which led to a delay. Having written "hundreds" of songs, Sheeran entered the studio with Rubin and they cut that down to the 15 new songs that feature on the album, excluding "I See Fire", which was recorded separately and saw release on the soundtrack for The Hobbit: The Desolation of Smaug. Sheeran stated that he "started off making another acoustic record, and it turned into a neo-soul-funk record", due to the influence of working with producers like Rubin and Benny Blanco that "pulled out of comfort zone". Getting into the studio with Rubin to "rerecord all the songs" after two years of writing them made the songs sound "raw and interesting", at a time when Sheeran was getting tired of them, giving him a chance to "actually set up the album instead of just putting it out". However, doing an entire album with Rubin "just wouldn't work on pop radio", so after working with Rubin he wrote the songs "I'm a Mess" and "Thinking Out Loud", both about his girlfriend at the time, with a different producer. Jake Gosling, who co-wrote and produced the majority of Sheeran's debut album, has no writing credits on this album, whilst new collaborators include Snow Patrol's Gary Lightbody and British dance act, Rudimental.

User Album Review
Has recent pop music offered a more startling example of an artist playing against type than Sing, the No 1 single that introduces us to the profoundly unlikely figure of Ed Sheeran, priapic sex machine? Sheeran, as you can scarcely have failed to notice, has spent the last three years selling an astonishing number of records: his new album finds itself being launched into a chart that its predecessor still shows no signs of vacating, 144 weeks after its release. As he would be the first to admit, his appeal is predicated on a certain wholesomeness. His acoustic guitar is held to be a bulwark against the Auto-Tuned artifice of modern pop. His fanbase was built via tireless hard work round the nation's pubs and clubs. His songs offer melancholy depictions of young love or earnest ruminations on teen pregnancy and leaving home. And his image is that of the resoundingly good bloke-next-door, calm and conciliatory in the face of bad reviews, ever willing to play a gig for the Girl Guides Association. No matter how cosmopolitan his success becomes – multiplatinum in Australia, three nights sold out at Madison Square Gardens – something of his hometown of Framlingham seems to cling to him.

And yet, on Sing, we find him palling around with Pharrell Williams, swigging tequila and attempting to sweet-talk a young lady into slaking his fell desires: what appears to be on offer is 48 hours of no-strings attached humping, interspersed with short breaks for booze and drugs, before Sheeran heads back on the road.

It goes without saying that all this seems a very long way from the sober and sincere balladry of Small Bump or Lego House; so far that, by rights, it should be a catastrophic misjudgment. In fact, it's anything but, partly because Sheeran seems winningly aware of the incongruity of it all – as he hits the tequila, he announces with wild abandon that he's casting his designated driver status to the wind – but mostly because it's just a really good pop song. It makes locating a middle-ground between Sheeran's acoustic guitar and Williams's taut funk sound effortless.

Sing doesn't really sound like anything Sheeran has done before, which seems pretty laudable. Of course, collaborating with Pharrell Williams is hardly hitting your bewildered fans with an impenetrable concept album influenced by Henry Cow and Miles Davis's Rated X, but there's still a boldness involved: if you'd sold as many records as Sheeran has, you might well be disinclined to tinker with the formula in any way whatsoever, on the grounds of not fixing something that millions of people clearly don't think is broke.

It sets the tone for X, an album more obviously influenced by urban music than its predecessor, which sees Sheeran gently, but confidently, pushing at the boundaries of what he does. Not all of it works. He doesn't make for a hugely convincing rapping agent of ungovernable self-destruction on The Man, which offers the suggestion that author's fondness for "cider and a spliff" might be evidence that he's on the path to rock'n'roll damnation". "I'll die from a thrill … just another wasted talent" he says, prompting the response: mate, it's a bottle of Bulmers and a bit of weed, I wouldn't call The Priory just yet. But it certainly succeeds in solving the main problem with its predecessor: the feeling that it was aimed rather too squarely at the kind of listener who played it while writing their secret diary with a glitter pen, and that anyone else might find it a little winsome for its own good.

There's certainly nothing winsome about the Benny Blanco-assisted Don't, which admonishes an unnamed fellow pop star for her infidelity: "It's not like we were both on tour," he protests, outraged, over a backing winningly influenced by the Dr Dre of No Diggity and Still DRE, "we were staying on the same fucking hotel floor." Runaway depicts an abusive family, but its earnestness is leavened by Williams's reappearance behind the production desk: his R&B backing and the buoyancy of Sheeran's melody mean it never feels like it's trowelling on the pathos. The ballads, meanwhile, evince a certain new-found maturity without suggesting that Sheeran has lost the ability to write about the kind of things that matter to the adolescent chunk of his fanbase. At worst, they're still incredibly efficiently done pop-rock of the sort that people pay Swedish songwriting teams fortunes to come up with; at best, as on the haunting, falsetto-powered opener One, they're striking and beautiful. Like the rest of X, they sound like an artist pulling off one of the harder tricks in rock – growing up in public – with ease.