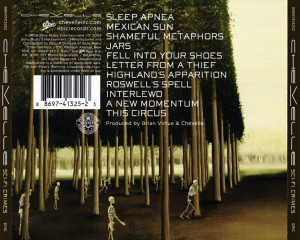 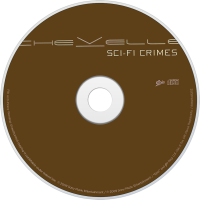 Sci-Fi Crimes is the fifth studio album by American rock band Chevelle, released on August 31, 2009 through Epic Records.
Unlike previous albums, Sci-Fi Crimes was recorded live in the studio as a band, without the use of samples. "We wanted to do a record that was more true to what our live sound is like," explains Sam Loeffler. "We wanted to go in the studio and play the tracks and just record them and not make a perfect record the way I think a lot of our records in the past have been made. We wanted to compete on that same level by not tuning the vocals and not tuning every single chord and not adding samples so every single snare hit is exactly the same. We just went in and recorded. It's not a sonically perfect record; it's more like you get if you go into a studio and just play. And I'm curious to see if people notice a difference."