All You Can Eat

02) Party Like Tomorrow Is the End of the World 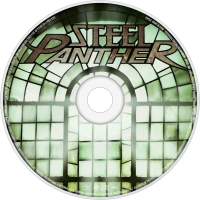 All You Can Eat is the third major-label studio album release by American heavy metal band Steel Panther, released on April 1, 2014 on the independent label Open E Music, via Kobalt Label Services. The album was officially announced September 2013. The first single from the album is "Party Like Tomorrow is the End of the World". The second single, "The Burden of Being Wonderful", was released January 21, 2014.

The third single, "Gloryhole", was released in April 2014 on Steel Panther's VEVO channel. On March 26, 2014 the album was leaked online and available for downloading on various websites, most likely after being streamed by the German tabloid Bild. The online stream was approved by Steel Panther.