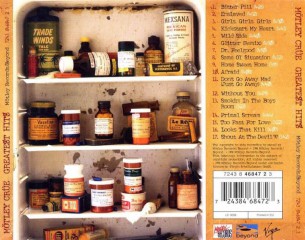 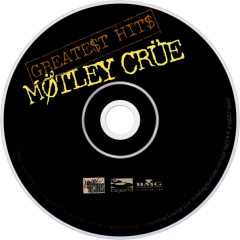 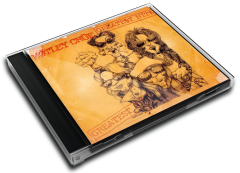 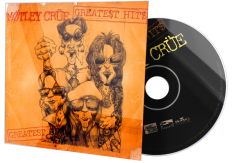 Greatest Hits is the second compilation album by American heavy metal band, Mötley Crüe. It was released on November 14, 1998, and charted at number 20 on The Billboard 200. The compilation featured two newly recorded songs: "Enslaved" and the single "Bitter Pill" which charted at number 22 on the Mainstream rock charts. Tommy Lee recorded his drum tracks for the album's two new songs, and then started a prison sentence of five months. Additionally, a remix version of "Glitter" is included. The tour for the album began after Lee's release from prison. It would be his last with the band before his return in 2004.

The album is an updated version of the original compilation Decade of Decadence released in 1991. The cover features a caricature of the band by Mad magazine artist Mort Drucker.