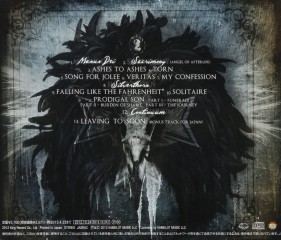 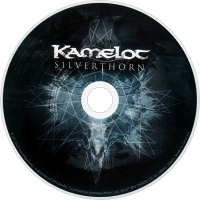 Silverthorn is the tenth studio album from metal band Kamelot. The album was released on the Steamhammer label, a subdivision of SPV, on October 26, 2012 in Germany, three days later in the rest of Europe and one day after that in North America. It is the first album to feature Tommy Karevik as the lead singer. It will also be their third concept album.[16] The story is original, about a little girl in the 19th century named Jolee who dies in a tragic accident, witnessed by her twin brothers. It deals with an affluent family that handles tragic events leading to coverups, secrets, and betrayal. The cover is Jolee, the main character and angel of afterlife, as an adult.[17]
On 'Continuum', there is a silent break (1:53-2:49), with a final cello solo afterwards (2:49-4:17).