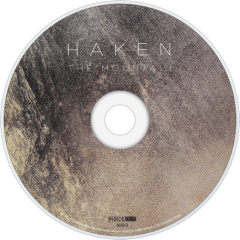 The Mountain is the third studio album by British progressive metal band Haken. It was released on 2 September 2013 through Inside Out Music. The first single from the album, "Atlas Stone", was released on 17 July. It is the last album to feature bassist Thomas MacLean.