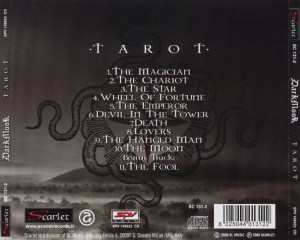 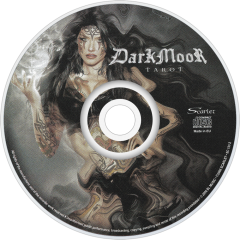 Tarot is the sixth full-length album by the Spanish power metal band Dark Moor, released 21st February 2007 on the Scarlet Records label.
The songs of the album are all named after the Major Arcana deck in the Tarot card game. The first single extracted from the album was "The Chariot". Manda Ophius of the Dutch symphonic metal band Nemesea is the guest female vocalist on Tarot. The final track, "the Moon", samples Ludwig van Beethoven's "Symphony No. 5" and "Moonlight Sonata". The bonus track, "Mozart's March" is based on Wolfgang Amadeus Mozart's "Rondo A'la Turca". It was also performed live in Granada, Spain, Piorno Rock, back in 2002, five years before it was even released.