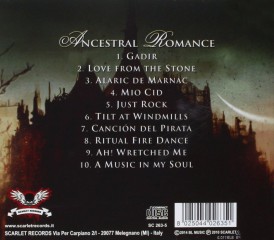 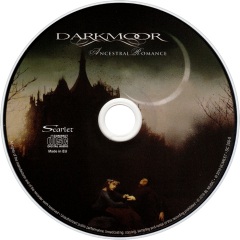 "Canción del Pirata" means "Song of the Pirate" in Spanish and is based on a poem written by José de Espronceda.
"Ah! Wretched Me" is based on the "Life is a Dream" by Calderon de la Barca.
"Tilt at Windmills" is based on Don Quixote de La Mancha.
"Mio Cid" is inspired by the legend of the Spanish hero El Cid.
"Alaric de Marnac" is an adaptation of Paul Naschy's latest book of the same title.
"Love From the Stone" tells of the legend of the lovers of Teruel.
"Gadir" is inspired by the first city founded in Europe, Cádiz.
"Ritual Fire Dance" is based on Danza ritual del fuego by Spanish composer Manuel de Falla.