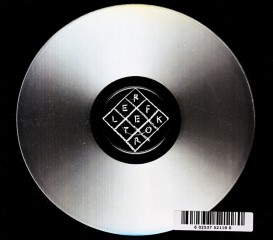 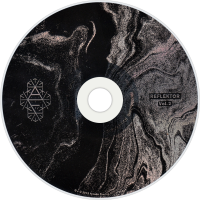 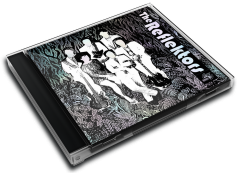 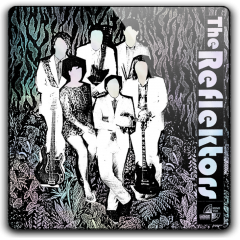 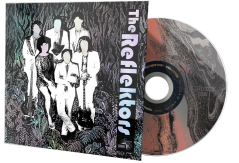 Reflektor is the fourth studio album by Canadian indie rock band Arcade Fire. It was released as a double album on October 28, 2013 in Canada by Sonovox Records and in the United States by Merge Records. The album was recorded in multiple studios and was co-produced by LCD Soundsystem frontman James Murphy, regular Arcade Fire producer Markus Dravs, and the band themselves.

Influenced by Haitian rara music, the 1959 film Black Orpheus, and Søren Kierkegaard's essay "Two Ages", Reflektor's release was preceded by a guerrilla marketing campaign inspired by veve drawings and the release of the title track as a limited edition single credited to the fictional band The Reflektors on September 9, 2013. Upon its release, Reflektor received positive reviews from music critics and had a successful commercial performance. The album was recognized as one of The 100 Best Albums of the Decade So Far, a list published by Pitchfork in August 2014.

Background
The album's origins stem from a trip that both vocalist/guitarist Win Butler and multi-instrumentalist Régine Chassagne took to her family's home country of Haiti. Butler said: "Going to Haiti for the first time with Régine was the beginning of a major change in the way that I thought about the world. Usually, I think you have most of your musical influences locked down by the time you're 16. There was a band I changed me musically, just really opened me up to this huge, vast amount of culture and influence I hadn't been exposed to before, which was really life-changing." Inspired by the country's rara music, Butler and Chassagne incorporated elements of this sound into the band's new material, alongside Jamaican influences. Butler stated, "I mean, it's not like our band trying to play Haitian music. I just felt like we were opened up to a new influence. Bob Marley probably felt the same way the first time he heard Curtis Mayfield." According to the band's manager Scott Rodger, the album cost $1.6 million to make.

Recording
Recording in Louisiana, the band began work on Reflektor in 2011, and subsequently moved to Jamaica the following year with producer Markus Dravs. Working on roughly sixty song ideas, the band wrote and recorded in an abandoned castle, named Trident: "The castle was built in 1979, or something, by this eccentric Jamaican dude who just wanted to hang out with royalty. And it kind of worked. After about five years he couldn't afford to pay the bill, so it had been sitting empty for many years. I met a dude who was planning on turning it into a hotel, so we just rented it off him for cheap and there was nothing in there. We brought in some beds and a piano and some gear." The album was mostly recorded on analog tape.

In August 2012, the band also began working with producer and LCD Soundsystem frontman James Murphy, whom the band had been wanting to work with for over six years. Butler: "LCD Soundsystem to me is like New Order and the B-52's and we deeply share a lot of those influences, and we did completely different things with it. Régine is kind of the person who dances. At any given minute, if you can get Régine to dance, you're kind of on the right track, so I think we just wanted to make a record that Régine could dance to."

Regarding the band's decision to record a double album, Win Butler stated, "The record is really long. We intended to make a short record and we ended up with 18 songs that were all between six and eight minutes and we were like, 'Uh oh, I think we screwed up making a short record.' Splitting it over the two halves enables you to get into the different worlds of the records." According to Butler, 50 or 60 songs were written for the album.

Writing and composition
Reflektor is an art rock and dance-rock album. Primary lyricist Win Butler notes that the 1959 film Black Orpheus inspired his lyrics on the album, in particular its themes of isolation and death: "Black Orpheus is one of my favorite films of all time, which is set in Carnival in Brazil. The Orpheus myth is the original love triangle, Romeo and Juliet kind of story. Lyrically, it's not literally about my life. I feel like I'm kind of a bit of a sponge in a way. Like, if people around me are going through things, I find it very hard not to be empathetic." Also influential to the album's lyrical content is an essay by Danish philosopher Søren Kierkegaard, entitled "Two Ages". Butler states, " about the reflective age. This is like in 1846, and it sounds like he's talking about modern times. He's talking about the press and alienation, and you kind of read it and you're like, 'Dude, you have no idea how insane it's gonna get.'"

The album tracks, "Here Comes the Night Time" and "Here Comes the Night Time II", each appear on the album's respective halves, with Butler noting, "The second one was actually written first and it almost starts the second half of the record – kind of like after the Carnival. Both of them are very much influenced by when the sun is just starting to go down in Port au Prince, and it's really intense because most of the city doesn't have electricity so everyone is just racing to get home before dark." The first of the two tracks references missionaries, in part: "The absurdity that you can go to a place like Haiti and teach people something about God. Like, the opposite really seems to be true, in my experience."

The lyrics include singing in both English and French.

Album Review
As befits an album on which LCD Soundsystem's James Murphy was called in to give Arcade Fire a sonic overhaul, Reflektor's 75 minutes are filled with strange sounds. There are instruments caked so thickly in reverb and distortion that it becomes hard to tell what they are. The second of its two CDs opens, unmistakably but perplexingly, with the noise of the XDR toneburst that used to appear at the start of pre-recorded cassettes in the 1980s. There is a song called Flashbulb Eyes that resembles a spirited attempt to meld dub reggae with the distinctive chicka-boom rhythms and slapback echo of a 1950s Johnny Cash single, and another that most closely resembles Queen's Crazy Little Thing Called Love being played at the bottom of a well.

But perhaps the most improbable sound of all is the voice of Jonathan Ross, which appears at the start of You Already Know. It's not just that you don't really expect to hear Britain's rhotacistic king of light entertainment cropping up on an album by Canada's Grammy-winning purveyors of apocalyptic gloom. It's that it's in the form of a recording of Ross introducing Arcade Fire on his BBC chat show in 2007: during the subsequent performance, frontman Win Butler smashed a camera with his guitar and stormed off, apparently piqued because he'd had to sit in the green room with all the other guests.

Harking back to a six-year-old TV appearance during which your lead singer had a peevish little tantrum seems a curious thing to do on an album that audibly seeks to draw a line under the past: an Achtung Babyish left turn from the increasingly streamlined and straightforward stadium rock of 2007's Neon Bible and 2010's The Suburbs. The sound Murphy and Arcade Fire have come up is often spectacular – dense, claustrophobic and filled with unpredictable bursts of electronics, the instruments swirling and eddying around relentless disco pulses – although you do rather imagine David Bowie raising a quizzically amused eyebrow when he turned up to perform his brief one-line cameo vocal. There are moments where if it was any more obviously a homage to his 1980 album Scary Monsters, they'd have had to dress up like pierrots, walking along a beach in front of a bulldozer with Steve Strange for company: Normal Person, built around a rhythm that's both thrilling and very much in thrall to that album's title track, even features a passable impersonation of Robert Fripp's distinctive soloing.

And yet the Ross sample is in keeping with one of the album's lyrical themes. The words are often oblique and touch on a range of topics – they most often appear to be dealing in the perennially delightful business of whining about being a hugely successful rock star. This topic seems to be at the root of We Exist, and it's definitely what Flashbulb Eyes is about. As ever, it's hard to avoid the response: if you hate your job so much, mate, why don't you go and do something else? They're crying out for school-crossing patrol wardens in Wolverhampton. You'd look nice in a high-vis jacket, carrying a lollipop.

Normal Person, meanwhile, opens with a clip of Butler effusively thanking an audience for coming, overlaid with him sighing and asking, heavily, "do you like rock'n'roll music? Because I don't know I do." Once again: have you thought of looking on fish4jobs.com? The subsequent song agonises a little about sneering at its titular subject matter, but there's no getting around the fact that, at root, it's misanthropy disguised as piousness: a rich and famous man peering out at the great unwashed and finding them wanting is as unedifying a sound in 2013 as it was 45 years ago, when the Beatles recorded Piggies.

The other issue with Reflektor is its length: just a shade too long to fit on a single 74-minute CD. Some will doubtless note it would have done had Arcade Fire not bothered with the untitled final track, which consists of the sound of a tape rewinding for over six minutes, overlaid with echo effects, ghostly washes of brass, synthesiser and feedback, and depending on your perspective, is either a deeply pretentious waste of everyone's time, or actually rather hypnotic and pleasurable. Indeed, the real issue with Reflektor's length lies not with its coda, but the fact that only four of its songs last under five minutes. Sometimes they justify their length, packed out as they are with gripping, improbable twists and turns: Joan of Arc's sudden drop from frantically thrashed hardcore punk into treacly, oppressive glitter-stomp; the astonishing Here Comes the Night Time's shift from a breathless canter – not unlike that of France Gall's 1965 Eurovision entry and Arcade Fire favourite Poupée De Cire, Poupée De Son – to a bass-heavy churn. Other times they just don't, particularly on the second CD. Porno's plodding synthpop really outstays its welcome. After Life feels pasty and malnourished compared to the sonic tumult of the first half. It's Never Over has a lovely hookline, but even that palls when the track starts living up to its title.

It's hard not to think that Reflektor would be a great album if Arcade Fire had chosen to scale it down a bit: ruthlessly chop away the lesser songs, think long and hard about the point where excoriating the hollowness of celebrity and success starts to sound petulant and ungracious. But scaling things down is not what Reflektor is about. It wants to be a grandiose statement befitting a band who fill stadiums and win Grammys and debut at No 1: the kind of record people don't just play from beginning to end, but pore over, like the famous double albums of the 60s and 70s. Instead, it sounds like the work of a band that have plenty of good ideas, but increasingly can't tell them from their bad ones – or won't be told.