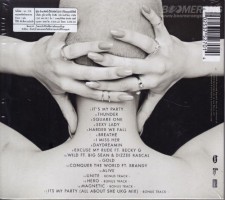 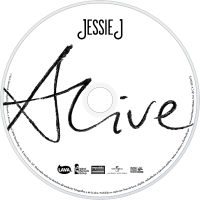 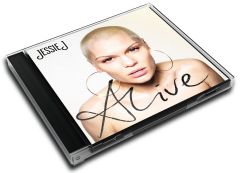 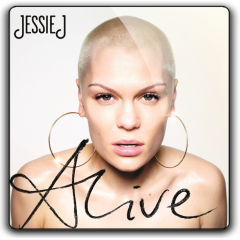 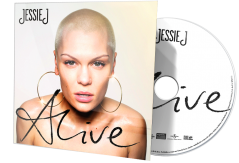 Alive is the second studio album from British singer-songwriter Jessie J, released on 23 September 2013. The album features collaborations with the likes of Becky G, Brandy Norwood and Dizzee Rascal. "Alive" was recorded over a twelve month period between June 2012 and May 2013 in London, New York and Los Angeles. The title derives from the "Wild" lyric "Am I asleep, no I'm alive." Writing partners on the album include the likes of Australian singer-songwriter Sia Furler and writer Diane Warren. Jessie tweeted her excitement, saying she was "living the dream". Throughout the year, Jessie made several announcements suggesting that she was recording her second album, including saying: "For the seven years before I signed my record deal, I was in a bad place, and I was scared that I couldn't get out of it. That’s why I wrote such upbeat music, as a way of trying to escape how I felt. Now that I am happier, I won’t be afraid to explore my pain. But in a good way; it’ll be me saying that it’s OK not to feel OK."
In June 2013, rumours surfaced online stating Jessie's new album would be called "Gold" after she announced to Capital FM that the album's title would be one word, and it had an "O" in it. Although Jessie quickly extinguished these statements in an interview with Digital Spy saying: "You will see the title and you’ll the see the picture and you’ll see the album cover and I think it’s summed up in one word, in one picture." Jessie announced the title and release date of Alive during a live performance at V Festival on 17 August 2013. In an interview with Laura Whitmore backstage at the festival, she talked about the album, saying it was written in five weeks and had a more mature sound. When asked about her choice for the album title, she said, "It really represents where I'm at in my life right now and how I feel about my life."
The album became available to pre-order less than an hour later. Several deluxe bundles are available for order on Jessie's official website, including a super deluxe bundle with signed poster, 12x12 art print and "Alive" shaped mirror designed by Jessie herself. The super deluxe box sets retail for £40 alongside a deluxe copy of the main album. After a fake tracklist circulated the internet and was noticed by Jessie herself, she was forced to reveal the back cover art of the album and the official tracklist via Twitter and Instagram. On 14 September 2013, Jessie announced that the American version of the album would be pushed back a bit, in order to record new material for it. It has been rumoured that the material will be produced by Pharrell Williams. On 17 September 2013, Jessie announced that Alive had leaked in full, and tweeted that it was "a shame".