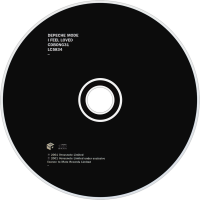 "I Feel Loved" is a song by English electronic group Depeche Mode. It was released in July 2001 as the second single from the album Exciter. In 2002 The song was nominated for two Grammy Awards. One for Best Dance Recording and the Danny Tenaglia Remix for Best Remixed Recording, but lost out to Janet Jackson's "All For You" and to Deep Dish's Remix of Dido's "Thank You".