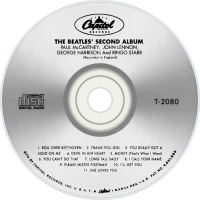 The Beatles' Second Album is the Beatles' second Capitol Records album, and their third album released in the United States including Introducing... The Beatles released three months earlier on Vee-Jay Records.