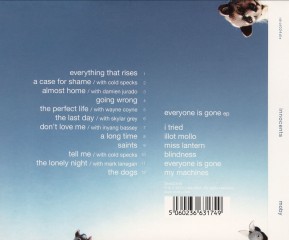 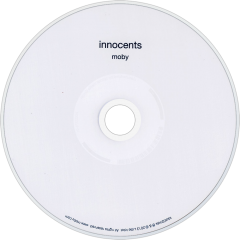 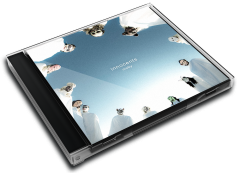 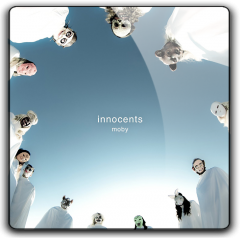 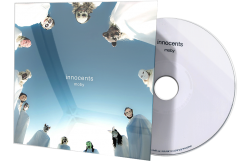 Innocents is the upcoming eleventh studio album by American electronic artist Moby. He announced the album through his YouTube channel and through his Web site on July 1, 2013. The first official single from the album "A Case for Shame" was also released on the same day. The album is set to be released on October 1, 2013, and features collaborations on 7 of the album's 12 tracks. For Record Store Day 2013, Moby released a 7-inch record called "The Lonely Night," which featured former Screaming Trees vocalist Mark Lanegan. An accompanying video was created by Colin Rich, of which Moby stated: “I’m really excited to have an experimental music video from this great video artist, and I feel like the slow, rich, and languorous desert visuals fit the song perfectly.” The track was subsequently released as a download with remixes by Photek, Gregor Tresher, Freescha and Moby himself.
In July, Moby announced that he would be releasing a new studio album titled Innocents. The album had been written and recorded in the previous 18 months and is due for release in October. The album was recorded in Moby's apartment. As with Destroyed, the photographs compromising the album's artwork were all shot by Moby. The first official single from the album is titled "A Case for Shame," which was released on the 1st of July, while the previously released track "The Lonely Night" will also appear on Innocents. The album was produced by Grammy-winner Mark 'Spike' Stent (Muse, Depeche Mode, Björk, U2, Coldplay).
The album features several guest performers and vocalists, including Cold Specks's Al Spx (who appears on two tracks), Wayne Coyne (The Flaming Lips), Mark Lanegan (Screaming Trees, Queens of the Stone Age), Damien Jurado, Skylar Grey and Inyang Bassey. Of the collaboration, Al Spx explained that Moby approached her to sing on the new album: "He had heard about me because I'm on Mute in America and the UK. He heard about the record ("I Predict a Graceful Expulsion") and asked if I wanted to sing. So I went and I sang. It was a very free, collaborative, creative environment. He was really open to what I was doing and, luckily, he liked what I was doing and it worked really well. I was quite happy to do it and I would probably do it again some day if he asked me." Specks also confirmed that a video was currently being filmed and completed to promote the single "A Case for Shame". It was released on July 17. A quieter remix of the song by Moby himself (“Under the Manhattan Bridge Version”) can be downloaded for free from his official Web site.
It was revealed in August that The Perfect Life, which features Coyne, would be the next single, after a casting call for a music video was announced, calling "for obese Speedo-sporting bikers, nude rollerskating ghosts, and an S&M gimp proficient in rhythmic gymnastics" The video saw a premiere on Rolling Stone's website on the 3rd of September. On working with Coyne, Moby stated that "Wayne and I first met in 1995, when The Flaming Lips and I were both opening up for a Red Hot Chili Peppers’ European tour. We became friends, shared a dressing room and the same bad craft services, and watched the Chili Peppers from the side of the stage. I thought of Wayne for this song because the Flaming Lips have evolved in this very open, celebratory band when they play live, and that was the perfect vibe for what I was imagining for 'The Perfect Life.'