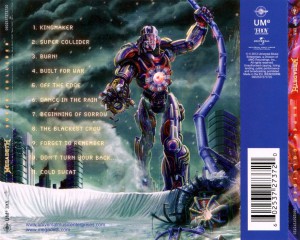 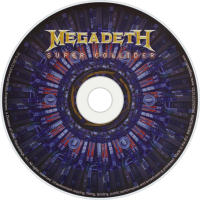 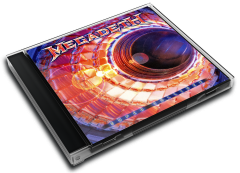 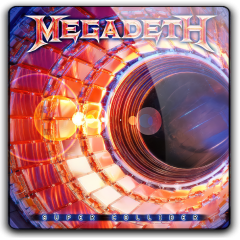 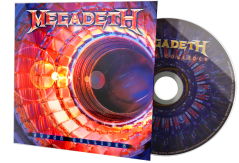 'Super Collider' is a strange release. Since United Abominations, Megadeth have hyped their albums by releasing some of the better (or more interesting) tracks as singles. 'Head Crusher', 'Never Dead' and 'Public Enemy No. 1' weren't classics but did add to the hype for what would eventually be mediocre or unimpressive albums. 'Super Collider' doesn't even offer that much.

First of all, it isn't thrash, having more in common with hard rock than heavy metal: it is mid tempo, simple and radio-ready. There isn't a riff to speak off, just some easy-going three or four chord patterns. The solos are disappointing and simply exist out of necessity, barely a showcase of either Broderick or Mustaine's talent, talent which feels like it is being wasted with releases like this. The next issue is that, of course, Mustaine's old and worn voice isn't particularly appropriate but not worth complaining about at this point, even if it sounds like the words are being squished out of him against his will.

To the track's credit, the drums sound great! Drover puts in an excellent shift, and I hope that he's given a similar workout on the rest of the album. The other positive is that the production is very good, especially in terms of the clarity of the bass and the drums. This kinda sounds like nit-picking but in the context of the upcoming album, I'm fairly content with it being as good as if not a little better than the last few releases.

So 'Super Collider' is neither super exciting and it isn't doing much colliding in the charts (eh... I tried), but it certainly isn't garbage. It's a serviceable hard rocker that most people should laugh off rather than get angry at it.