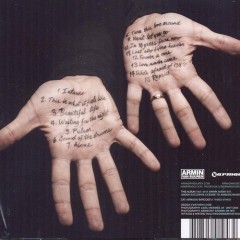 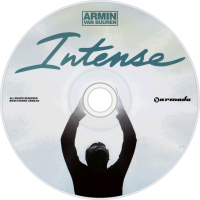 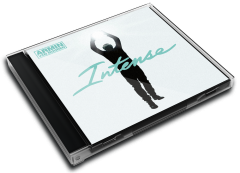 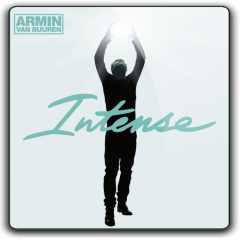 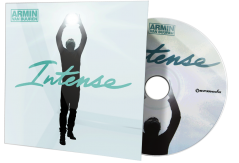 Intense is the fifth studio album by Dutch trance producer and DJ Armin van Buuren. It was released on May 3, 2013.
The first song announced to be on the album is "Waiting for the Night", featuring the singer Fiora, which was released on January 21, 2013 as the theme song to the Dutch film Loving Ibiza (Verliefd op Ibiza)
The second song announced to be on the album is "Forever is Ours", featuring the singer Emma Hewitt.
The third song and first official single to be released is "This is What It Feels Like", featuring the Canadian singer and songwriter Trevor Guthrie, was released on April 5th. The accompanying music video, featuring Ron Jeremy, was released on March 17th.
On April 5th, the tracklist to Intense was announced by Armin van Buuren, and the pre-orders for the album also began.
The album was first released exclusively on Spotify on April 29th, followed by its official release on digital and physical media on May 3rd.

User Album Review
When it comes to trance, there is no bigger name in the field than Armin van Buuren who has established himself as the top representative of the genre. Not only has he been voted the number one DJ in the world for the past few years, but he has also maintained a massive presence in the EDM community with his highly popular State of Trance radio series and live shows worldwide. I was definitely curious, though, to see what direction Armin would take with his fifth studio album, considering his last release, Mirage, was something of a disappointment with its more commercialized sound. One had to wonder if Armin was going to follow the path of Tiesto and create more radio-friendly music, which would feel like a sellout to his true fans. Intense finds the highly acclaimed DJ trying to find his inner voice and moving forward and while the new release is an improvement over Mirage, fans are still left however with an enigma that never truly captures the vision and sound that originally catapulted Armin to fame.


While the album might be labeled Intense, the majority of the album is more about harmonic balancing and the blending of trance and vocals that create a sweet and seasonal, serene trance experience. The beginning title track is intriguing in that it progresses from a solo violin to trance to dubstep to a Daft Punk-y section back to violin all in a short seven-minute span which should please the more electro-minded and progressive house individuals. For all of the creativity of “Intense” however, the rest of the album though shows less variety as it is driven more by dramatic vocals and melodically-oriented tracks. The more commercialized “This is What it Feels Like” continues with a breakdown rather reminiscent of Avicii that builds itself up smoothly, while the sweeping strings blend with the vocals from Trevor Guthrie to create a very radio-friendly track. The strongest track on the album, though, is “Beautiful Life,” which begins with dark, catchy vocals that are immersed in a trance-induced bassline while a huge synth riff builds out of the hand-lifting chorus into a powerful peak-of-the-night drop. Here we see Armin beautifully blend progressive house and trance, which creates an immensely catchy riff that is graceful and airy and so much fun to listen to.

Moderate and average listeners will also enjoy “Pulsar” and “Forever is Ours,” which are both solid and balanced tracks, while die hard trance fans from back in the early ’90s (and everywhere in between) will enjoy hearing “Last Stop Before Heaven” as it clearly takes the form of a retro track with modern synths. “Alone” is probably the most melodically-oriented track on the album, aided by Laura Evan’s passionate, sultry vocal performance. The breakdown features a beautiful vocal arrangement with catchy background vocal riffs that will definitely be a hit at many of Armin’s live shows. Unfortunately though, this track and a few others feel like retreads from previous releases and really do not shed any new light in the evolution of Armin’s sound. “In Ten Years Time,” however, does not suffer the same fate though and is a unique hybrid track that blends classical and electronic styling that resonates and makes the listener feel contemplative about the future of trance. The last track on the album is an uplifting tune that 140 BPM enthusiasts will surely fall in love with. “Who’s Afraid of 138” reaches out and pulls all the new uplifting melodic and euphoric trance tracks up and into the spotlight before closing out the album.

While this album has a couple tracks tailored for each trance music preference, Intense does not break any new ground, nor do we see a true evolution in the Armin van Buuren sound. It is unfortunate that Armin is still leaning toward a more commercialized sound, but there are several tracks on this album that are to be enjoyed and that true diehard trance fans can appreciate. I am sure many fans of Armin van Buuren will find something to enjoy on this album, but many will still be left wondering what potential the album could have had and what is in store for the future.