The Sound of Perseverance 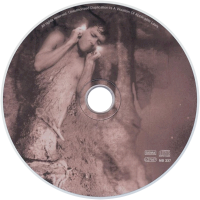 The Sound of Perseverance is the seventh and final album by American death metal band Death. The album was released on September 15, 1998 through Nuclear Blast.

The album, in particular, employs a style more akin to progressive metal than the earliest Death releases, although since Human and the albums following it, the band had been developing more toward this style. The average song length on this album is around six minutes. Also, it was a breakthrough album for drummer and later radio star Richard Christy, in the tradition of previous drummers like Gene Hoglan and Sean Reinert.