Track List
01) Bohemian Rhapsody
02) Another One Bites the Dust

17) We Are the Champions 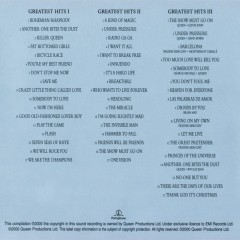 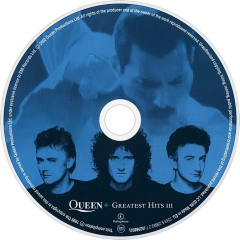 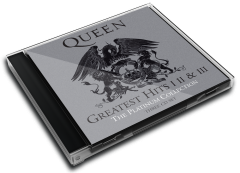 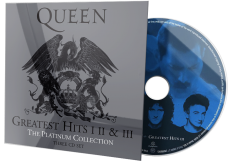 The Platinum Collection is a box set by British rock band Queen which comprises their three greatest hits albums, Greatest Hits, Greatest Hits II and Greatest Hits III. The album was originally released on 13 November 2000 on the Parlophone label. A booklet with song facts and images is also included with the three CD set. The album's US release was delayed until September 2002 and featured the 2001 Japanese release remastered versions of Greatest Hits Volumes 1 and 2 on the US and Canadian versions of The Platinum Collection.
The album peaked at #2 in the UK charts, being blocked off the top spot by Moby's album 18.

As part of Queen's 40th anniversary celebrations, The Platinum Collection was released in the UK on 27 June 2011, as well as in other territories around the world. The release consisted of the 2011 remasters of all 3 albums.

Album Review
With Queen officially enshrined in the Rock & Roll Hall of Fame, Hollywood Records reintroduces the band yet again with the release of Platinum Collection, Vols. 1-3. While Vols. I & II are full of Queen classics you already know by heart, the third cobbles together odds and sods from the far corners of Queen's canon along with solo cuts from Freddie Mercury and Brian May. Opening with the operatic rock classic "Bohemian Rhapsody," it's easy to hear not only how this British quartet achieved the kind of global acclaim that ensured they'd be enshrined alongside the likes of the Beatles and Led Zeppelin. When they weren't dabbling in playful, '50s-flavored rock & roll ("Crazy Little Thing Called Love"), catchy glam ("Killer Queen"), or hard-edged funk ("Another One Bites the Dust"), Queen was capable of delivering heartfelt love letters ("You're My Best Friend"). The band's '80s output is equally intriguing, ranging from the hard-hitting "Headlong" to duets with David Bowie ("Under Pressure") and soaring movie anthems ("One Vision"). The third volume features more movie themes ("Princes of the Universe"), Freddie Mercury covering the Platters ("The Great Pretender"), and cameos by contemporary artists like Wyclef Jean, George Michael, and Elton John.