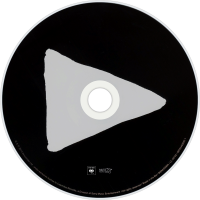 Delta Machine is the thirteenth studio album by English electronic music band Depeche Mode, released on 22 March 2013 by Columbia Records and Mute Records. Recorded in 2012 in Santa Barbara, California and New York City, the album was produced by Ben Hillier and mixed by Flood. A deluxe edition will also be released, containing a bonus disc with four bonus tracks, as well as a 28-page hardcover book including photos by Anton Corbijn.
"Heaven" was released digitally as the album's lead single on 31 January 2013, before its physical release on 5 February in United States and on 18 March in the United Kingdom. On 15 March 2013, the band premiered the album's upcoming second single, "Soothe My Soul", on Shaun Keaveny's BBC Radio 6 morning show. Following the album's release, Depeche Mode will embark on The Delta Machine Tour, kicking off in Nice's Palais Nikaia on 4 May 2013, and wrapping up the European leg of the tour in Minsk, Belarus on 29 July.