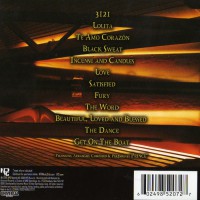 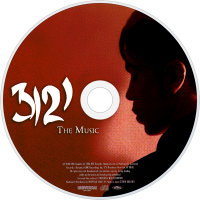 3121 (pronounced "thirty-one twenty-one") is the thirty-first studio album by Prince. The album, released March 21, 2006 in the U.S., is distributed through Universal Records.

Album Review
3121 was Prince’s first album to strike number strike gold since Batman in 1989. It was the second of two back to back albums to run high in the charts for many a Prince year. Commercial success, after a whole decade without it, was becoming almost a habit. There is something special about playing a new Prince album for the first time. There are so many emotions the fan goes through, chiefly nervous excitement in wanting it to excel expectation with at any moment the possibility of those hopes being dashed. 3121 smashed all expectations and excels by returning fans to old territory – feeling the energy and excitement between Prince and his music again. 3121 draws on both classic and new Prince. The title track, which reunites Sonny T. and Michael B., kicks out the funk that dominates the album (Lolita, Black Sweat, Love and Get On The Boat) with incredibly infectious tracks that get the listener’s head bopping from the off. Prince treats us to his rough side – Fury – and sugar daddy – Incense And Candles – and lets his old dark side occasionally peak through. Easing up with the soulful Satisfied and the catchy Beautiful, Loved & Blessed, the schmaltzy Te Amo Corazón and the fabulously driving The Word. The standout tracks on this album is the electro-funk Love, summing up the production of the whole album – smooth as hell and 3121 an immensely enjoyable experience. ‘The Fresh Prince’ continues to amaze just as you think he has reached his creative peak, he suddenly surpasses them. 3121 is easily and firmly up there with the best of 2000 to 2010, chock full of joints for the party you will never want to leave. Musicology was intended to be a lesson in music, if you don’t want schooling just put on this masterclass in pure pop music, look no further here.