Rise of a Digital Nation 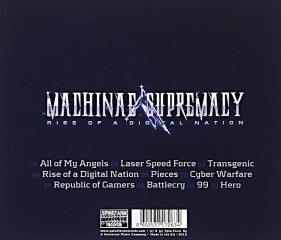 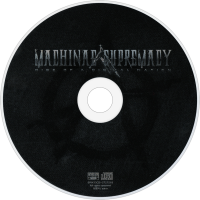 "Rise of a Digital Nation" is the fifth full length studio album by the Swedish metal band Machinae Supremacy, which was released on 19 October 2012 through Spinefarm Records. It was featured on the controversial Swedish file-sharing site, The Pirate Bay, from 23 November 2012 until 25 November. This was decided by voters through Facebook. It was featured as a banner on the main site leading to the Rise of a Digital Nation website when clicked.
A music video was made for "All of My Angels" in 2013 to commemorate the 50th anniversary of Doctor Who.
Jonas Rörling performs lead vocals during the verses of "Laser Speed Force".