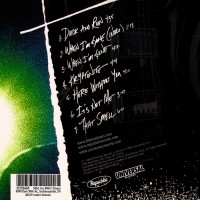 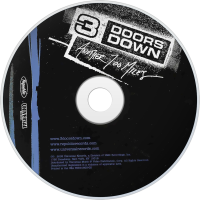 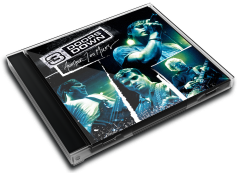 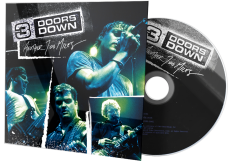 Another 700 Miles is a live EP by 3 Doors Down released on November 11, 2003. It was recorded live at a performance in Chicago, Illinois during the band's Away from the Sun tour.
The ep name is derived from the lyrics "I Feel You", which appear on their album Away from the Sun.

Album Review
With “Another 700 Miles” 3 Doors Down shows us why they are such a popular live act. With these 7 live recordings, we get a taste of the talent, energy and conviction that 3 Doors Down puts into a live performance. They play their biggest hits, strong rockers, sensitive ballads, and a mind-blowing Lynyrd Skynyrd cover. I’m convinced, are you?

Duck And Run
This live EP starts with the rocker Duck & Run. Where I felt the song was lacking something on “The Better Life”, 3 Doors Down takes this song to a whole new level when performed live. I’m especially surprised how Arnold’s vocals are so much better live on this song. And there’s so much more conviction in the live version. That’s why it comes out so much better than on “The Better Life”.

When I’m Gone (Intro)
The controversy of the wars in Iraq & Afghanistan is at is prime. 3 Doors Down dedicates When I’m Gone to the troops that serve and are making for a better world and they hope for their safe return. Obviously this gets an enormous response.

When I’m Gone
As they then start playing When I’m Gone, even though you don’t really hear the crowd, you can feel it. You can feel the emotion that the band puts in this song. And during/after the choruses you can hear the crowd. Personally I would’ve liked a little less producing on this song, and keeping it more like the raw audio stream with all the audience sounds, etc. But it definitely is a song that does very well played live.

Kryptonite
Kryptonite, the hit song that made 3 Doors Down big. Of course they have to play this one. And you can say what you want, but this song still is one of the best modern rock songs I have heard. A perfect driving song, a perfect live song, and a perfect radio hit single. This song just hits it off and everytime I heard it live, this song was performed near to perfection. Including this version.

Here Without You
When I reviewed “Away From The Sun”, I kinda thought this song, for 3 Doors Down standards, was a bit generic. Despite all that, it became their biggest hit to date. And you know what it is with big hits. They are ALWAYS fun to hear live, no matter if they’re your favorites or not. Because everyone knows them and everyone sings along. It’s too bad you can’t hear the crowd singing along very well, or at least you can’t hear it very well all the time.

It’s Not Me
Then 3 Doors Down introduces a new song, which of course the crowd gets enthusiastic about. It’s Not Me is one of the best songs 3 Doors Down have ever written and the live rendition is amazing. It’s has that southern rock feel but at the same time it is mainstream. Lyrically it also is one of the better 3 Doors Down songs. Great pace and great energy, and the passionate rendition on stage suits the song very nicely.

That Smell
And they finish this live EP with the icing on the cake. They cover That Smell, originally by Lynyrd Skynyrd. Brad Arnold really gets into it and his vocals are supreme. The band plays the instruments flawlessly on this song, and 3 Doors Down’s cover actually rivals the original. And that is impressive if you consider all the quality that is Lynyrd Skynyrd.

“Another 700 Miles” is one of the better live EPs of its time. The only downside I can see is that sometimes the crowd is drowned out too much. It’s great to hear the emotion from the band, and I know the music comes out clearer without background noise, but the raw emotion, the raw sound, where you can really hear the involvement of the crowd and the interaction between band & audience is something that adds an extra dimension to a live show. It’s hard to capture that on a CD or DVD, but I feel the production took a safe road here and focused on the music itself. All in all not a bad choice, because the songs are definitely strong and performed really well. 3 Doors Down is a class act live, and this EP confirms that.