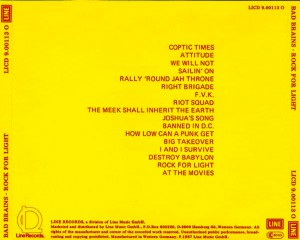 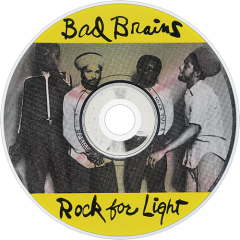 Rock for Light is the second official full-length album by hardcore punk pioneers Bad Brains. It was produced by Ric Ocasek of The Cars. The 1991 re-issue was remixed by Ocasek and bass player Darryl Jenifer.
The re-issued version has some extra tracks, an altered track order, significantly different mixes and, on most tracks, a speed increase of the master which results in a raising of the pitch by one-half step.