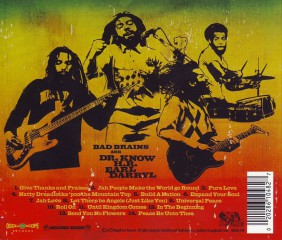 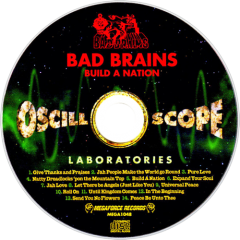 Build a Nation is the eighth full-length studio album by hardcore punk pioneers Bad Brains. Released on June 26, 2007 on Oscilloscope Records with distribution by Megaforce Records, it was produced by Adam Yauch of Beastie Boys, a longtime friend of the band. This album marked the 30th anniversary of the band.
Along with being available on CD, the album was also released on a yellow, green, and red multi-colored vinyl record. The photography for the album was shot by Annie Leibovitz.