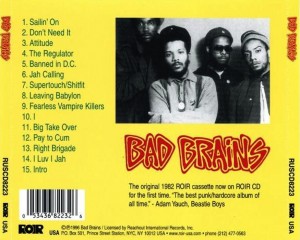 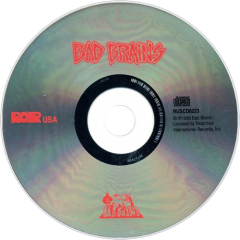 Bad Brains is the first full-length studio album recorded by Bad Brains. It was originally released on cassette only but has since been re-released by ROIR on both CD and vinyl.

When the album was released in 1982, fans and critics alike were stunned to learn that the musicians behind this album - one of the fastest albums of all time upon its release - were religious African-American Rastafarians who also were skilled at reggae. The album was a crucial step in the formation of hardcore punk and the eventual fusion of hard rock and reggae adopted later by bands like Sublime, Fishbone, and 311.

Many of the album's tracks were re-recorded for their 1983 follow-up, Rock for Light. In-Effect Records released a CD version with the same track listing titled Attitude: The ROIR Sessions in 1991.