Holding a Wolf by the Ears 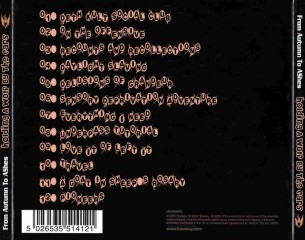 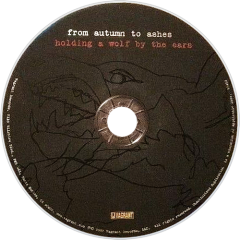 Holding a Wolf by the Ears is the fourth and final studio album by the American metalcore band From Autumn to Ashes, released April 10, 2007 on the Vagrant Records label. It is also the only album without the band's original singer, Ben Perri, as well as the band's first album recorded with Rob Lauritson on 2nd guitar, and their last with Josh Newton on bass.
One track from Holding a Wolf by the Ears was released on December 14, track "Deth Kult Social Club." and later "Everything I Need". The album was released on April 10, 2007 by Vagrant Records. It debuted at number 74 on the U.S. Billboard 200, selling about 10,000 copies in its first week. The track "Daylight Slaving" was chosen as a featured song on the soundtrack to the Madden NFL '08 video game. The song "On the Offensive" was also featured on the Saw IV soundtrack. Music videos were made for the songs "Pioneers" (released before the album) and "Deth Kult Social Club" (released after the album).