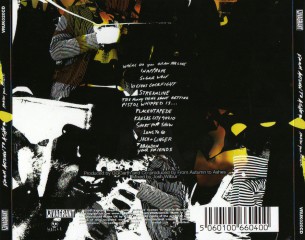 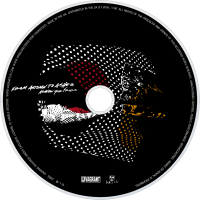 Abandon Your Friends is the third studio album by American post-hardcore band, From Autumn to Ashes. Released on August 30, 2005, it is the band's second album on Vagrant Records. The album shows a slight departure from their traditional sound. The CD has an increased focus on drummer/vocalist, Francis Mark; after the release of the album it was confirmed by the band (after Benjamin Perri had left) that this was due to Ben not contributing as much lyrically or vocally to the album as with previous efforts, and his discontent about being in the band at the time. The album lyrics were mainly written by the band without Benjamin Perri, which may explain why the lyrics have a different slant on them than previous FATA albums. Also contrary to their previous two albums, Melanie Wills of One True Thing is absent on this release.
It has also been said that Josh Eppard of Coheed and Cambria is responsible for naming the song "Placentapede". It was said that when at a festival with Coheed & Cambria, FATA planned to play the song live, and they didn't have a name for it because the album wasn't out yet and the song was still in its early stages. They went to Coheed and Cambria's bus and asked Josh what was the first thing that came to mind, and he responded with "Placentapede".
After the release of the album, From Autumn to Ashes recorded the video for "Where Do You Draw The Line."