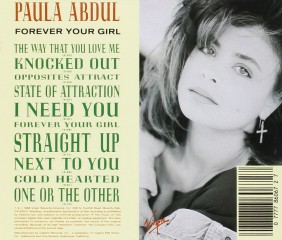 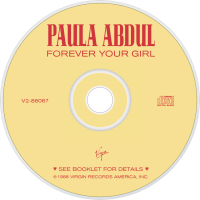 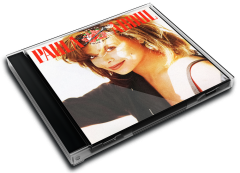 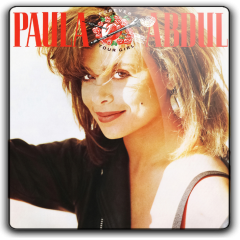 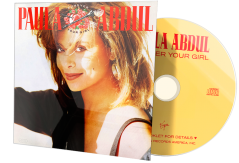 Forever Your Girl is the debut studio album by American singer Paula Abdul. It was released on June 13, 1988 through Virgin Records.
64 weeks later it hit number one on the Billboard 200 album sales chart, the longest an album has been on the market before hitting number one. The album was eventually certified seven times Platinum in the US and sold 12 million copies worldwide. It also included four number one Billboard Hot 100 singles: "Straight Up", "Forever Your Girl", "Cold Hearted", and "Opposites Attract", which ties Forever Your Girl for second most #1 songs from a single album, and ties it for the most number ones in a debut album. She was the first female artist to have four number one singles from a debut album. "The Way That You Love Me" reached #3, and "Knocked Out" reached #41.

The album also reached #4 on the R&B album chart, while "Straight Up," "Opposites Attract," "Knocked Out," and "(It's Just) The Way That You Love Me" all reached the top 10 of the R&B tracks chart.

After a slow start, the album's third single "Straight Up" helped the album breakout in spring/summer 1989 after its initial summer 1988 release. Forever Your Girl hit number one for the first time on October 7, 1989. After the release of the single "Opposites Attract", the album shot to number one again on February 3, 1990 and stayed there for nine consecutive weeks. At one point, Forever Your Girl reportedly sold 191,000 copies in a single day.

Abdul co-wrote one song on the album, "One or the Other".