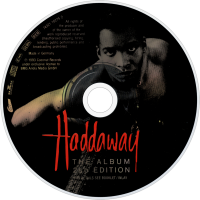 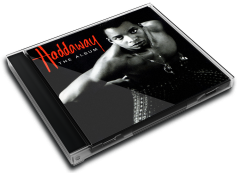 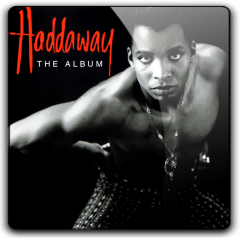 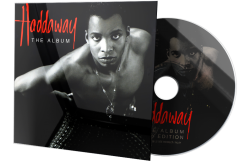 The Album (also known as Haddaway in North America, and L'Album in France) is the debut album from Trinidadian-German Eurodance recording artist Haddaway. It was released in May 1993 by Coconut Records. It includes the hit singles "What Is Love" and "Life". The lead single, "What Is Love", is certified gold by the RIAA for sales of over 500,000 copies. In 2011, the album was released onto iTunes Store by Razor & Tie

Album Review
Haddaway's self-titled debut album produced one major hit, "What Is Love," which became one of the 1990s' quintessential dance tunes due to its inclusion in several films and Saturday Night Live comedy skits. Unfortunately, that was the only major hit the strong-voiced singer produced, because the rest of his debut makes for a fine album, with well-constructed material and excellent, powerful vocals that never give way to obnoxious histrionics. The follow-up, "Life," peaked at number 41 in the U.S., although it also became a major dance hit, but should have amounted to much more due to his passionate, urgent delivery. Other songs, such as the dance tracks "Come Back" and "Rock My Heart," the cool ballad "Mama's House," the Diane Warren-penned surefire hit "Tell Me Where It Hurts," and his sunny remake of Bob Marley's "Stir It Up," shine just as brightly as the two singles. In fact, nearly every song on this set is a well-produced and well-delivered effort. This fine album is a must for fans of quality, well-produced Europop and early-'90s dance music. [Haddaway's self-titled debut was later reissued as The Album with different artwork and some extra tracks, earning the release the subtitle "2nd Edition."]