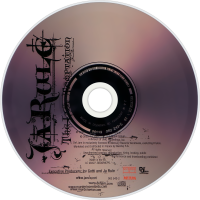 The Last Temptation is the fourth studio album by Ja Rule.

This album contained singles such as "Thug Lovin'" (featuring Bobby Brown), "Mesmerize" (featuring Ashanti) and "The Pledge (Remix)" (by Ashanti featuring Nas, Ja Rule and 2Pac). "Murder Reigns" was also released as a single titled "Reign" in select territories outside of North America, such as Europe and Australasia. The song "Pop Niggas" gained some attention after it was reported to be talking in part about 50 Cent. Pharrell was featured in the song, but not credited. Other guests featured on the album include: Bobby Brown, Ashanti, Nas, Alexi, Charli Baltimore, 2Pac, Caddillac Tah, Celeste Scalone, Eastwood, Crooked I, Young Life & Chink Santana.

The album was successful, moving 237,000 units in its first week, but less than his previous Pain Is Love. "Mesmerize" is ranked at #45 on Blender's list of the "50 Worst Songs Ever", but was the most successful single from the album, reaching number 2 on the U.S. Billboard Hot 100 and number 12 on the UK Singles Chart. It was also criticized by fans, saying that the album sounded too commercial, and that Ja Rule was selling out; in addition, many of Ja Rule's enemies such as Daz Dillinger, Eminem, 50 Cent, Dr. Dre, G-Unit, Obie Trice, D12, Busta Rhymes,and DMX said that Ja Rule was trying to be just like Tupac Shakur, which fueled the rivalry even more.[citation needed] Though it did not manage to surpass Pain Is Love, The Last Temptation is Ja Rule's third most popular album to date.

The album was released in a censored version as well which removes most profanity. However, sex-related lyrics like "gettin' head" and violent lyrics like "murder" are left in.