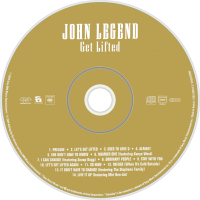 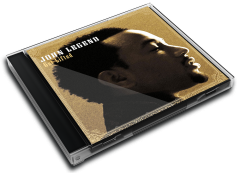 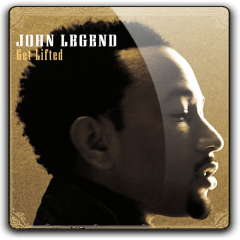 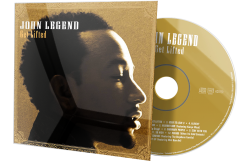 Get Lifted is the debut studio album by American singer John Legend. It was released by GOOD Music, Sony Urban Music, and Columbia Records on December 28, 2004 in the United States. The production on the album was handled by Legend's then-manager, Kanye West, who also served as the album's executive producer, as well as Dave Tozer, will.i.am, and Devo Springsteen. The album also features guest appearances by Kanye West, Snoop Dogg and Miri Ben-Ari.

Get Lifted supported by four singles: "Used to Love U", "Ordinary People", "Number One" and "So High". The album received generally positive reviews from music critics. It debuted at number seven on the US Billboard 200 chart, selling 116,000 copies in its first week. The album later peaked at number four on the chart. At the 48th Annual Grammy Awards, the album won the award for Best R&B Album, and earned Legend another two awards, for Best New Artist and Best Male R&B Vocal Performance for his single "Ordinary People".

User Album Review
John Legend was already pretty big news when this debut album came out in 2004. A piano-playing prodigy at the University of Pennsylvania, blessed with a wonderful voice, his break came when the then-unknown Kanye West asked him to sing some hooks on The College Dropout, his own breakthrough release. A slew of session work followed. West, well aware of the scale of Legend’s contribution to his work, made him the flagship artist of his new label, Getting Out Our Dreams, and the rather more mundane John Stephens soon became John Legend. Produced by will.i.am and Dave Tozer alongside West and Legend, Get Lifted is a remarkably assured debut. It isn’t smothered in tricks as it doesn’t need to be: the quality of the writing is, in the main, outstanding.

Legend was never going to hide his natural talent, and the album opens with a piano flourish and an invitation to the listener to “Come on and go with me, there’s something new for you to see”. The title track runs through a variety of drug metaphors for his musical ability, which may sound hackneyed on paper but in practice it works perfectly, and does so again on the minimalist, Ennio Morricone-inspired reprise 10 tracks later. It is Legend’s confidence with his clichés that carries Get Lifted. I Can Change – a simple plea from an errant lover to his partner – is rendered widescreen by a gospel choir, and then the rap is delivered by the bad man’s bad man, Snoop Dogg. When Snoop says “this is legendary shit” at its close you have little choice other than to believe it. The low-key shuffle of Stay With You, the touching Ordinary People and the Caribbean-influenced Refuge all maintain the high standard. Even a mawkish concoction like the overwrought So High is grounded by Legend’s sincerity.

Get Lifted is an album that not only lived up to the hype, but rose squarely above it. Yes, at times it is a patchwork of the past filtered through Legend’s ever-present influences, but the quality of his writing and performance, and his collaborators’ contributions, make it worthy of the awards and plaudits it rightly received.