02) Locked Out of Heaven 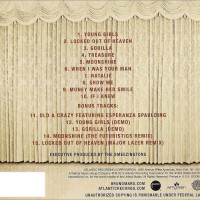 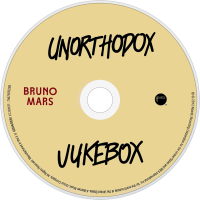 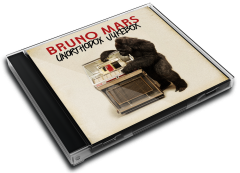 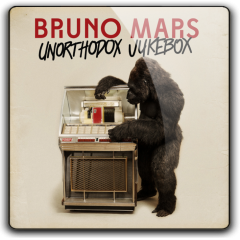 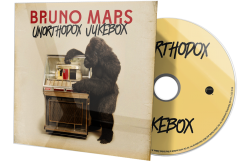 Unorthodox Jukebox is the second studio album by American recording artist Bruno Mars. It was released by Atlantic Records on December 7, 2012, as the follow-up to Mars' 2010 debut studio album Doo-Wops & Hooligans. The album was initially planned to be more "energetic" than his previous material; Unorthodox Jukebox ultimately presented a wide range of styles, such as reggae rock, disco and soul music. The singer co-wrote the whole album and worked with several past collaborators, while enlisting new producers and guest vocals. Much of Unorthodox Jukebox revolves around the theme of relationships, with more explicit lyrics and subjects than his previous material. Critical response to Unorthodox Jukebox was generally favorable; many reviewers compared the work to that of his previous album, while others deemed the lyrical content as shallow and lacking of depth.
On December 4, 2012, the album was available to listen to in its entirety for a week before the release. The album debuted at the second spot in the US Billboard 200 with 192,000 copies sold, becoming Mars' best opening week to date. Later, the album peaked at number one on the chart becoming Mars first album to do so. The record peaked at number one in Australia, Canada, Switzerland, and the United Kingdom. Unorthodox Jukebox became Mars' fastest-selling album in the UK and third in 2012, the third best-selling album in Australia in 2013, and the fifth best-selling album in the United States in 2013. The International Federation of the Phonographic Industry (IFPI) reported that Unorthodox Jukebox was the fourth best-selling album in the world in 2013, with 3.2 million copies sold. It has globally sold 6 million copies as of January 2015. The album won the Grammy Award for Best Pop Vocal Album at the 2014 ceremony.
The release of the album was preceded by the release of one single. "Locked Out of Heaven" was released on October 1, 2012 as the album's lead single. It became a commercial success on music charts all over the world and topped the US Billboard Hot 100 chart for six consecutive weeks. In between the release of the lead single and the album were the releases of promotional singles "Young Girls" on November 6, "Moonshine" on November 19 and "When I Was Your Man" on December 4, 2012. The latter was released as the album's second single, one month and half later, on January 15, 2013 and became Mars' fourth single to top the US Billboard Hot 100 and experienced similar mainstream success as the lead. "Treasure" debuted on May 10, 2013, as the album's third single and was a moderate commercial success, peaking at number 5 on the US chart. "Gorilla" and "Young Girls" were the fourth and fifth singles, respectively. Unorthodox Jukebox was further promoted through the Moonshine Jungle Tour.

User Album Review
Pretty much the biggest pop star in the world right now whose name isn't Adele, Bruno Mars is ubiquitous and prolific with it.

Both with and without his songwriting/production crew The Smeezingtons, Mars has had a hand in hits by Cee Lo Green, Sugababes, Justin Bieber, Adam Lambert and Alicia Keys, and has scored a clutch of UK and US number ones under his own steam – all in just a couple of years on the scene. Either he's the new Smokey Robinson or he's spreading himself so thin he'll be a chirpy pop gauze by 2013.
Well, he's not quite see-through yet. It's soon plain that Unorthodox Jukebox lacks the immediacy of 2010's Doo-Wops & Hooligans – there's no Marry You here, and certainly no global chart-topper like Just the Way You Are.

But it's appealing, generally engaging and all shot through with the confidence of a man who must feel he's got the hit parade Midas touch. Bar the odd misstep, he probably won't have a rude awakening.
Those stumbles are Show Me's wan facsimile of Musical Youth's Pass the Dutchie (one of 2012's more unlikely influences) and the sugary early 80s funk of Treasure, which is lathered in so much slap bass it starts to sting.

Speaking of Sting – ouch – his spectre is all over first single Locked Out of Heaven, in the clipped Message in a Bottle chords and Mars' yelping, staccato delivery. But that's about the only time Mars allows his own identity to be subsumed.

Otherwise, he's equally cosy fronting saucy semi-rock belter Gorilla – "You get your legs up in the sky with the devil in your eyes" – and sprinting on the spot to the unhinged electro-soul of the Diplo-produced Money Makes Her Smile.

The latter's some respite from maudlin "My baby wronged me" / "I wronged my baby" stuff in Natalie and When I Was Your Man, but there's room for both in Mars' repertoire. Rock, soul, RnB and starry-eyed pop – he's across it all.