The Angel and the Dark River 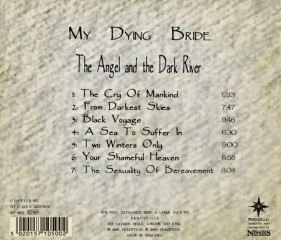 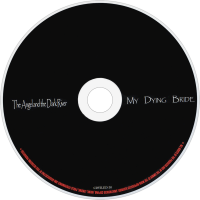 "The Angel and the Dark River" is the third album by the British doom/death metal band My Dying Bride, released 22 May 1995 on the Peaceville Records label. The 1996 re-release contains one bonus track "The Sexuality of Bereavement" and a bonus CD titled Live at the Dynamo. The Live CD was recorded during their appearance at the Dynamo Festival in 1995.

Aaron Stainthorpe's lyrics continued in the vein of Turn Loose the Swans (focusing on religious symbolism and relationship problems), whilst non-English phrases were omitted once more. Stainthorpe has said in many interviews that "Two Winters Only" is his favourite My Dying Bride song.

Five of the album's six tracks appear on the band's VHS and DVD For Darkest Eyes.