Track List
01) The Whore, the Cook and the Mother
02) The Stance of Evander Sinque
03) Der Überlebende
04) Heroin Chic
05) Apocalypse Woman
06) Base Level Erotica
07) Under Your Wings and Into Your Arms
08) Follower 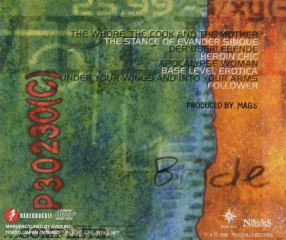 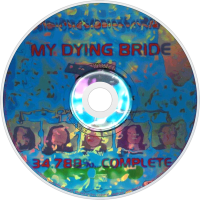 "34.788%...Complete" is the fifth album by My Dying Bride, released on 6 October 1998 on the Peaceville Records label. The track "Under Your Wings and into Your Arms" appears on both The Voice of the Wretched CD and the Sinamorata DVD, and the opening track, "The Whore, the Cook and the Mother" appeared on their latest live DVD, An Ode to Woe.
The Japanese version of the album featured a bonus track, entitled "Follower". This track was also featured on the 2003 re-release digipak of the album.
The album was dedicated to the memory of Richard Jackson, father of bassist Adrian.