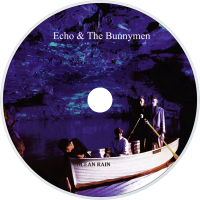 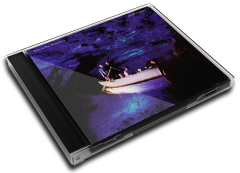 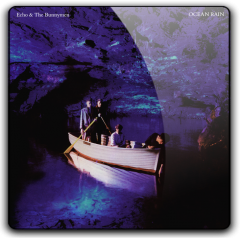 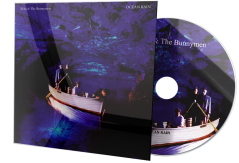 Ocean Rain is the fourth studio album by the British post-punk band Echo & the Bunnymen. It was released on 8 May 1984 and reached number four on the UK Albums Chart, number 87 on the United States Billboard 200, number 41 on the Canadian RPM 100 Albums and number 22 on the Swedish chart. Since 1984 the album has been certified gold by the British Phonographic Industry. Ocean Rain includes the singles "The Killing Moon", "Silver" and "Seven Seas".

The band wrote the songs for the new album in 1983. In early 1984 they recorded most of the album in Paris using a 35-piece orchestra, with other sessions taking place in Bath and Liverpool. Receiving mixed reviews the album was originally released as an LP and a cassette in May 1984 before it was reissued on CD in August. The album was reissued on CD in 2003, along with the other four of the band's first five studio albums, having been remastered and expanded before again being reissued in 2008 with a live bonus disc. The artwork for the album was designed by Martyn Atkins and the photography was by Brian Griffin. Echo & the Bunnymen played a number of concerts in 2008 where they performed Ocean Rain in full and with the backing of an orchestra.

Following the poor reception of Echo & the Bunnymen's third album, 1983's Porcupine, the band recorded the single "Never Stop". The title track of the single was produced by Hugh Jones, who had produced the band's second album, 1981's Heaven Up Here. The single introduced a new sound for the band with an expanded arrangement including congas, marimbas, violins and cellos.After "Never Stop" was released on 8 July 1983 the band toured the Outer Hebrides in Scotland before two successful concerts at the Royal Albert Hall in London on 18 and 19 July.Also that month, the band was filmed by RPM Productions for the Channel 4 documentary series Play at Home.Filmed in a café used by the band they recorded acoustic versions of two old songs, "Stars Are Stars" and "Villiers Terrace", as well as two new songs, "The Killing Moon" and "Silver", for their episode of Play at Home titled Life At Brian's.

The band recorded and self-produced "The Killing Moon" – which was released on 20 January 1984 – at Crescent Studio in Bath, Somerset. After catching a cold, McCulloch completed the recording of the vocals for the song at Amazon Studio in Liverpool, where de Freitas also completed the drumming.The band then went to Paris where they were booked into Les Studios des Dames and Studio Davout. Henri Lonstan, the engineer at des Dames, assisted on the string passages and Adam Peters provided the string arrangements and played cello and piano.McCulloch, not happy with the lead vocals he had recorded in Paris, re-recorded most of the vocals at Amazon Studio in Liverpool. The rest of the band members were happy with their contributions.Continuing the band's prominent use of strings – which began with the 1982 single "The Back of Love" – they recorded Ocean Rain using a 35-piece orchestra.Lead guitarist Will Sergeant said, "We wanted to make something conceptual with lush orchestration; not Mantovani, something with a twist. It's all pretty dark. 'Thorn of Crowns' is based on an eastern scale. The whole mood is very windswept: European pirates, a bit Ben Gunn; dark and stormy, battering rain; all of that."During recording De Freitas used xylophones and glockenspiels in addition to his usual percussion, bass player Les Pattinson used an old reverb machine at des Dames and Sergeant's solo on "My Kingdom" was played using a Washburn acoustic guitar which he distorted through a valve radio.