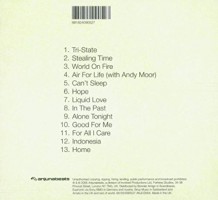 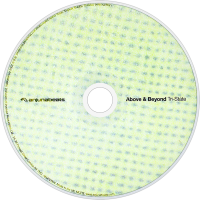 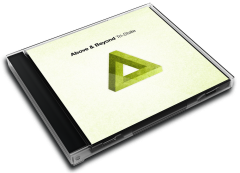 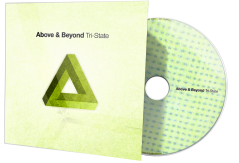 Tri-State is the debut album by the British trance group Above & Beyond, released on March 6, 2006. The album features collaborations with Zoë Johnston, Richard Bedford, Carrie Skipper and progressive trance producer Andy Moor, known for his work with Tilt and as half of Leama & Moor. The first single from the album, "Air for Life", was released on 18 July 2005.

User Album Review
Like it or not trance is still popular. Very popular. Week in week out clubs around the world are rammed to the rafters with party goers stacking boxes in time to the doof-doof-dikker-der of the genre that refuses to grow up. Even a cursory glance at the annual DJ polls reveals that the top jocks all peddle a mix of arena filling bosh voted for by clubbers in their droves.
However, trance has yet to be graced by THE artist album; the record that defines and does justice to the mass popularity of the sound. Many have tried and failed. Tiesto, Paul van Dyk, Ferry Corsten and Armin van Buuren have all made the effort but none has managed to bridge the gap in a way that say, Faithless, Orbital and Underworld have.
Now it is the turn of UK outfit Above & Beyond. Housing the club bangers "Air For Life" and "Alone Tonight" Tri State is a sterling effort yet, unfortunately, it does little to deviate or expand on the brief. Whilst it's tightly produced, the boys haven't really managed to ascend beyond homage.
Having set their own bar so high with their amazing 2004 Essential Mix, Above & Beyond have backed themselves into a corner. The referencing of bygone classics combined with the spoken word element made the Radio 1 showa finely crafted, colourful master piece which is up there with Oakenfold's 194 Goa Mix. "Hope" stands out as a future single but little else raises itself from the sweeping lazer fodder.
Brilliant DJs though they are and required listening Anjuna Beats may be, Tri State is little more than a passable debut. Still, better to be bosh than tosh.