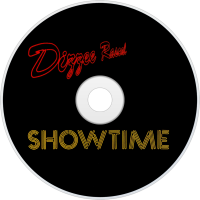 Showtime is the second studio album by grime artist Dizzee Rascal. As of May 2007, the album has sold over 16,000 units in the United States—a decline on his debut album, Boy in da Corner, which sold 58,000. It's also been certified gold by the BPI selling over 100,000 copies.

User Album Review
Calling all tribal warriors. Your King has left his corner and stands proudly centre stage. Huge drum calls, banging beats and thrilling jump-up energy herald his arrival. And rightly so, because Dizzee Rascal's second album, Showtime, puts a lot of other rap in the shadows. Tightly packed with stories, phrases, descriptions and life;its impact made all the greater by its genuineness.
Themes such as jealousy, being dissed and keeping above it all are combined with an understanding of the challenges and heartache of concrete living. Dizzee's not bigging up some Cristal lifestyle and talking about his bling.As he says, 'I'm curious of where I come from. I ain't completely detached'.
"Learn" is the kingpin of the album; its droning bass and melodic hooks mesh with speeded up snake-charmer horn, working below the rhythm of his delivery to give the track a hypnotic force. The first single, "Stand Up Tall", is one to rave to with its infectious beat and message of self-belief. On "Get By", vocalist Vanya's youthful plea' brings sweetness to the brooding electronic darkness.
Make no msitake, this is an intense album. He really gets into his lyrical delivery, imbuing it with emotion and spit. Then there's the menace of the twisted English, 'people are going to respect me, if it kills you' ("Respect Me").
Track after track bombards the senses. It's not easy to listen to this album in one sitting, the Cockney twang and shout-speak don't have the melodic lilt of a Snoop or depth of a Biggy Smalls. However, Showtime proves Dizzee has a special talent, all at once sophisticated and primal, raw and eloquent. His powerful and instinctual use of percussion drives the album throughout. Proper real and as sweet as a nut.