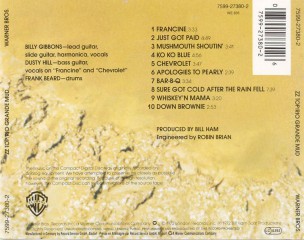 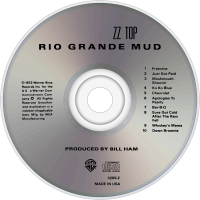 Rio Grande Mud is the second album by American blues rock band ZZ Top and was released in 1972.
The album title was inspired by the Rio Grande, the river that forms the border between Mexico and Texas and means "big river" in Spanish.
In 1987, the album was remixed for CD release. The full album is currently unavailable on CD in its original mix. "Francine" and "Just Got Paid" are available in their original versions on the CD release of The Best of ZZ Top. All tracks except "Mushmouth Shoutin'," "Apologies to Pearly" and "Down Brownie" are available in their original mix on 2003's Chrome, Smoke & BBQ boxset. On January 11, 2011, Rhino released a remastered version from the original 1972 mix on vinyl only. This album was put up for download on Amazon.com's MP3 store and iTunes as a digital download in 2012, and features the original mixes of the tracks that are on Chrome, Smoke & BBQ, and the 1987 remixes of the tracks that are not from that boxset.