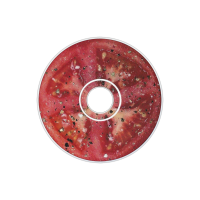 Jazz ist anders (Jazz is Different) is Die Ärzte's eleventh full-length studio album since Debil. It was released on 2 November 2007. The album has a bonus-EP with three songs about Die Ärzte and a hidden track. This is the first album after Debil that Die Ärzte produced alone. The cover is a reference to the most consumed food during their studio sessions - pizza. The whole packaging looks like a pizza box; the CD itself has a picture of a pizza on it and the bonus EP on their website is accessible using a code printed on paper in the shape of a green pepper. The EP looks like a tomato slice. The album has been criticized for not being as funny as one would expect from Die Ärzte, although it was very warmly received by fans.