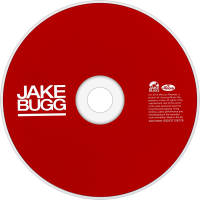 Album Review
Aged just 18, Nottingham lad Jake Bugg has supported Noel Gallagher and The Stone Roses, soundtracked a beer advert and appeared on Later… with Jools Holland. Nothing seems to unnerve him, and while it’s a while since a singer-songwriter’s debut was so feverishly anticipated, he has such momentum that there seems little chance of anybody daring to initiate a backlash yet.
Bugg’s trick is to keep things simple. His influences – Dylan, Donovan – are blindingly obvious, but he brings a modern, metropolitan, post-Alex Turner consciousness to the strumming and couplets.
He comes in atypically fast and furious for opener Lightning Bolt, a blast of Blonde on Blonde refracted through the venerable Bad Moon Rising riff, the band offering a slice of punk-skiffle. Two Fingers is all echo and snare drum as Bugg sings, “I drink to remember / I smoke to forget” with a relish suggesting he’s moved on from behind the school bike-sheds to Clifton’s meaner streets. He at least has the guile to follow “been down some dark alleys…” with “…in my own head”.
He refers to the police, from whom he hides while “skinning up a fat one”, as “the feds”, which tells you something about the need for Midlands teens to self-glamorise. “A pill or maybe two” is taken in the car park as Seen It All begins: another indication that his virtues lie in his frankness and naivety, even if the recurring drug references get a bit student-bore.
There’s an odd anachronistic tendency towards rockabilly, though. So much so that at times you might believe Bugg was raised on the Sun Records catalogue by a well-meaning Richard Hawley-like figure, were it not for the pristine production values.
Things feel less derivative when he softens and just lets his voice and acoustic guitar nakedly affect. On the likes of Country Song and Someone Told Me, scepticism is tamed by the purity of the attempt. Fire is unabashedly romantic. That voice, with its hint of Gene Pitney, is a piercing, precise tool which lifts him above the laddish milieu. Ubiquity may beckon.