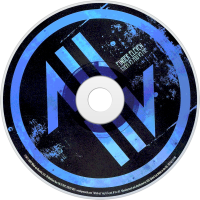 Them vs. You vs. Me is the fifth full-length studio album from Canadian alternative rock band Finger Eleven. The album was initially rumoured to be titled Sense of a Spark. The album was released on March 6, 2007. As of May 17, 2008, the album has sold 536,699 copies in the US, and has been certified Gold by the RIAA.