04) Wonderwall
05) Stop Crying Your Heart Out 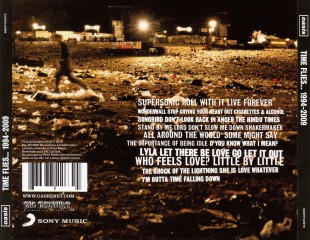 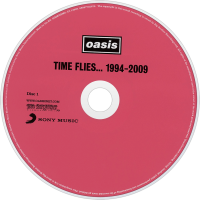 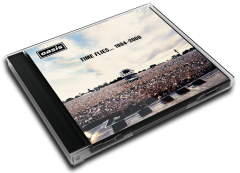 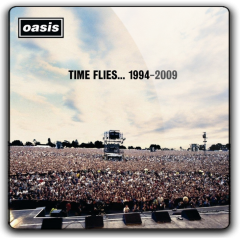 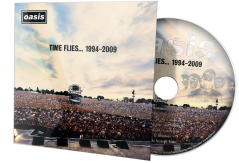 Time Flies... 1994–2009 is a compilation album by English rock band Oasis. Released on 14 June 2010, the album contains all 27 UK singles released by the band between 1994 and 2009, including "Whatever" and "Lord Don't Slow Me Down", which had previously never appeared on an Oasis studio album. "Sunday Morning Call" is not listed anywhere on the artwork but appears as a hidden track on track 13 of the second disc.
Five different versions of the album were released, the two-disc CD version, DVD, the deluxe box set, five-LP box set and the iTunes deluxe edition. A box set featuring postcards of the sleeves of every UK Oasis single was released concurrently with the album.
In Japan, Time Flies entered the charts at #2, with first-week sales of 59,348 copies; while in the United Kingdom, it entered the charts at #1, with first-week sales of 101,297.

User Album Review
One has to feel sorry for a band that pushes itself to its artistic, physical and psychological limits and still only ends up being as good as Shed Seven or Razorlight. But at least they tried, right? On the other hand, one can and must reserve special criticism for the truly talented who choose commercial gain over artistic endeavour, when everyone from Prince to Johnny Cash and (yes, indeed) The Beatles realised that it was possible to combine both ventures.
When Noel Gallagher went to see his kid brother Liam’s band Oasis, their name recently changed from The Rain, play in 1991, legend is that he told them that he would make them famous if they did exactly what he said. And while they stuck firmly to the terms of this uneasy pact they had the sublime experience of both cake ownership and degustation that lasted for several memorable years and two excellent albums.
This utterly unnecessary but partially satisfying “complete” (says the sticker on the sleeve) singles collection manages to fall at the first hurdle by not including their first (and best) 12” from debut album Definitely Maybe, the shameless cocaine elegy Columbia. But it does include the fizzing glam rock twitch of Cigarettes & Alcohol, the impassioned platonic love song to youth that is Live Forever, and the neo Sex Pistols/Beatles bombast of Supersonic.
Listening to these two discs makes it easy to pinpoint the exact moment it all went wrong, though. The eldest Gallagher talked a good game between second LP (What’s The Story) Morning Glory? and third, Be Here Now. He told of how his band were jamming over NWA loops and how, fresh from hanging out with The Chemical Brothers, he was ready to push the group out of their pop origins and into their imperial psychedelic phase, just as his heroes The Fab Four had done. But when Be Here Now’s lead single D’You Know What I Mean? finally lurched into view, Manchester’s finest had obviously changed from being a benign and delightful retro dictatorship to a lowest-common-denominator pub rock democracy. And from this moment on it was sheer torture.
Compared to the early singles, the turgid Songbird and Lyla represent the appalling sonic equivalent of water finding its own level. Every spark of originality had been washed away by educationally sub-normal consensus, and the group’s fatal flaws were now impossible to ignore. More idiot than savant, the stream-of-consciousness lyrics no longer celebrated drunkenness – they necessitated inebriation just for the thick-tongued, back-of-a-fag-pack rhymes to be tolerated.
Interestingly, at least a quarter of the tracks here are book-ended by a cough, a nasal Mancunian voice muttering darkly or appreciative applause. This is a constant reminder of what you are getting: a cast-iron guarantee of the authenticity not just of the music but the lifestyle the listener is buying into. For aspirational working-class lads (or working-class lads who aspired to be like Oasis – which is not exactly the same thing) and middle-class people with downwardly mobile daydreams, Oasis were the perfect party band for the first two albums of their 15 long years. And no matter who you are and where you come from, I can’t imagine not having had some kind of shared moment with total strangers to a song like Some Might Say. But I can only sympathise with you if you feel the same way about I’m Outta Time.