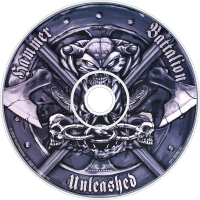 Hammer Battalion is the ninth studio album by the Swedish death metal band Unleashed. It was recorded at Fredrik Folkare's recording studio in Sweden and released on June 9, 2008 by Steamhammer (a division of SPV records). A music video was shot for Black Horizon, and it debuted on MTV Headbangers blog.