The Strange Case of... 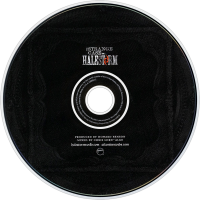 The Strange Case Of... is the second full-length studio album from the hard rock band Halestorm, released on April 10, 2012. The album was produced by Howard Benson, who also produced the band's self-titled debut album. The song "Love Bites (So Do I)" is the first single and video from the album. Four of the album's songs were previously released on the sneak-preview EP Hello, It's Mz. Hyde. A deluxe edition of the album was also released containing three bonus tracks.