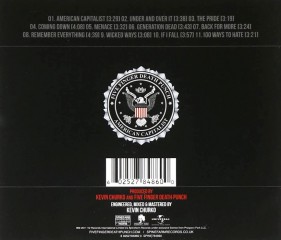 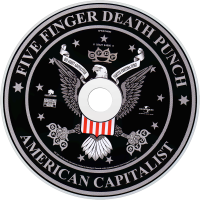 American Capitalist is the third studio album by the American heavy metal band Five Finger Death Punch, released on October 11, 2011. It is the band's first album not to feature bassist Matt Snell, as he departed from the band in December 2010. The album debuted at number three on the Billboard 200 and sold more than 90,000 copies in the first week of release. In September 2012, the album was certified Gold by the RIAA in the U.S. with sales of over 500,000 copies