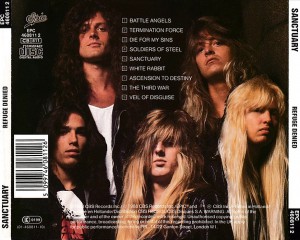 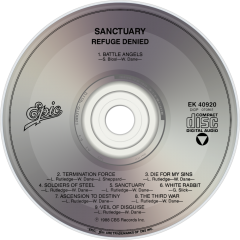 Refuge Denied is the debut studio album by American heavy metal band Sanctuary, released in 1988 through Epic Records.
The album initially sold 7,000 copies on vinyl. By June 2011, the album had sold over 200,000 copies.
The album was re-released in 2010 together with successor album Into the Mirror Black as double CD by reissue label IronBird via Cherry Red.