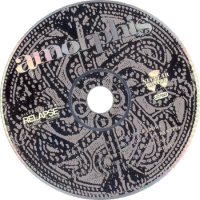 Elegy is the third LP by the emerging Finnish band Amorphis. The album is their first to feature a majority of clean vocals, sung by new vocalist Pasi Koskinen. The music and lyrics are inspired by the traditional Finnish ballads and poems compiled in the Kanteletar by Elias Lönnrot in 1840. The primary genre of the album is progressive metal, with strong folk influence, as well as elements of melodic death metal and New Wave of British Heavy Metal.[citation needed] Many of the album's tracks, e.g. "Against Widows", have become fan favorites and have been performed in concerts since Elegy's release.
In 2004, Relapse Records reissued Elegy as a digipak, featuring four live bonus tracks.