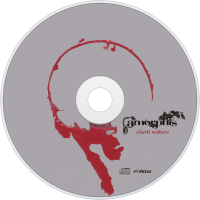 Silent Waters is the eighth studio album by Finnish heavy metal band Amorphis. The lyrics are English translations of Finnish poems written by poet Pekka Kainulainen, who wrote them based on the character of Lemminkäinen in the Kalevala.
Like its predecessor, Eclipse, Silent Waters was recorded at Sonic Pump Studios in Helsinki.
In February 2008, the record was certified gold in Finland, having sold over 15,000 units.