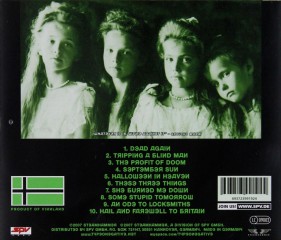 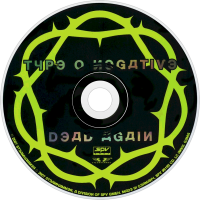 Dead Again is the seventh and final studio album by Type O Negative, released before the death of frontman Peter Steele. It was released through SPV/Steamhammer on March 13, 2007. The band uses studio drums instead of a drum machine for the first time since their third album, Bloody Kisses. Thus, it remains the only Type O Negative studio album with Johnny Kelly's actual playing, as he was only "credited" as the drummer on the three albums prior to Dead Again.
The album booklet folds out into a cross shape. The cover photo is a portrayal of Grigori Rasputin, the Russian mystic and associate of Tsar Nicholas II. The lettering is in a faux-Cyrillic font. Reception for this album was quite positive among fans and critics and received the highest chart position for the band yet.
The album was re-released in February 2008, with a DVD including live performances, interviews and music videos. A separate 3LP vinyl box set that included several collectors' items was also released.